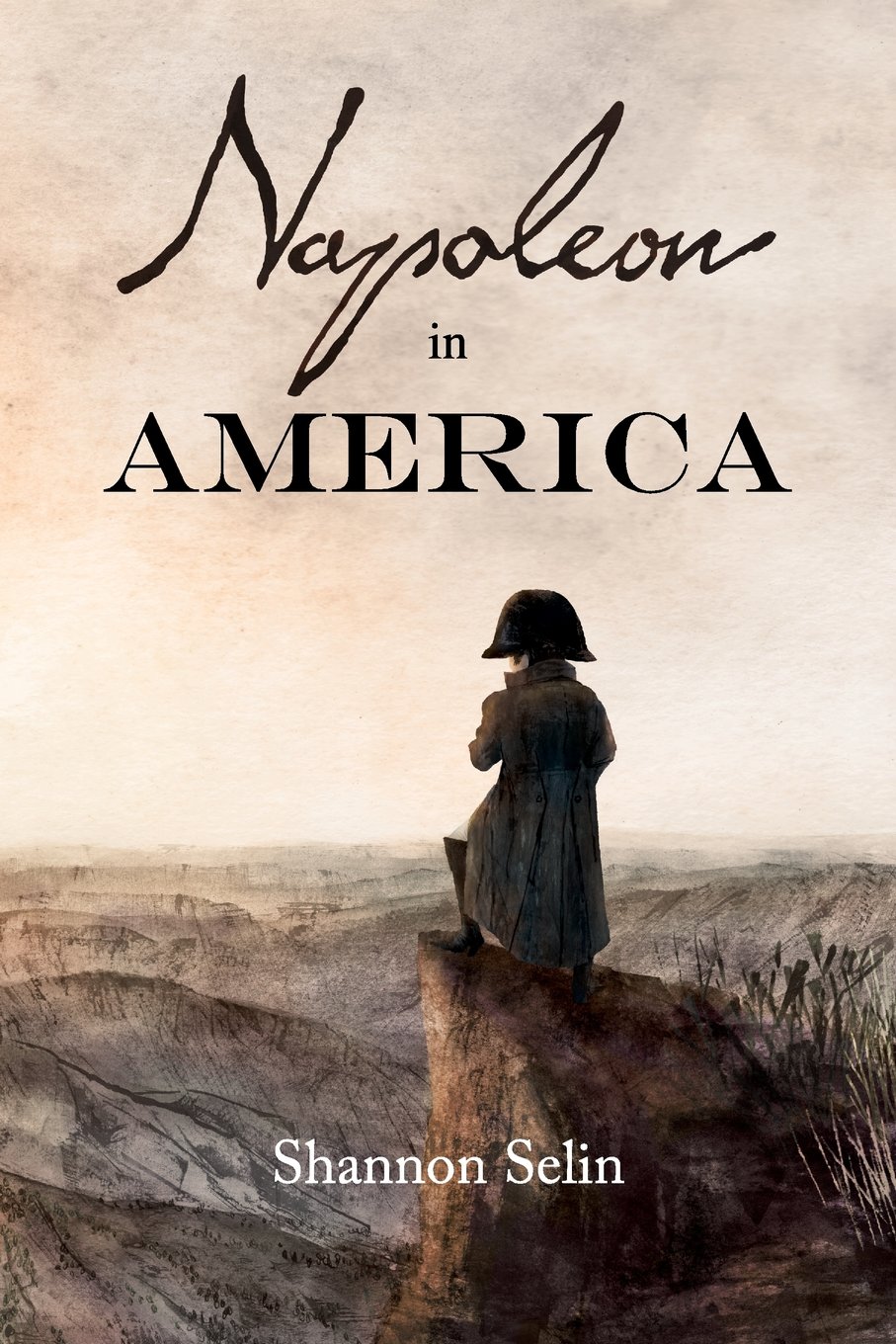 (image from Amazon.com)
Napoleon in America was written by Shannon Selin

THE STORY
The story was great. Jean Lafitte rescues Napoleon from Saint Helena and takes him to New Orleans in the United States. After recovering from his exile Napoleon tours the United States claiming a desire to live in peace. It is clear that he is less than honest in his claims. North America appears ripe with opportunities for the little dictator. Canada, Texas, the west, Europe, and even the United States itself could possibly become the object of his desires.

Once he determines his target, Napoleon gets to work at attempting to accomplish his goal. There are plenty of French exiles, American mercenaries, and people with questionable motives available for a new army. They are gathered together and thankfully some time is spent training the mixed force. There are still plenty of surprises during the campaign; North America is not Europe, there are plenty of things to catch Napoleon off guard.

The ending was satisfactory, and the outcome was in question until the end. While I felt the possibility of a sequel the story was self contained and doesn't need a sequel to be complete.

THE CHARACTERS
Well, the most important character is Napoleon himself. A large supporting cast made up of a great many historical figures helps round things out.

In the back of the book is a summary of the cast of characters, at least the ones that were based off actual historical figures. And there are a lot of them! The Napoleonic era was never one of my strong points so I didn't recognize many of the characters but knowledge of them all wasn't necessary to enjoy the story.

FINAL THOUGHTS
This is an excellent book. The only real complaint I had was that things seemed to flash back to Europe a little too often. I was anxious to see what Napoleon would do. I do realize the European reaction to Napoleon's escape is an important part of the story, but a little more insight into what the American government's reaction to Napoleon's betrayal of their hospitality and protection would have been nice.

Despite my limited knowledge of the source material the book was obviously well researched. When the battles finally took place they were well detailed and not glossed over. I've tried to avoid spoilers. Napoleon does raise an army in America but I left out the target. While he may or may not have been successful there is a good end point for the story and the reader isn't left disappointed.

Anyone who likes alternate history should find something to enjoy in this story. Unless you just have a general dislike of the Napoleonic era there should be something of value for you to find within.
One final note - I noticed the use of &c. for etc. I had never seen that before, and honestly thought it was a glitch in the Kindle version of the book at first. However that is a legitimate, but uncommon, way to abbreviate etcetera. Now I plan on springing that on my writing group the next time I have to use etc. in a short story.