I've created a number of flags from alternate universes over the last year. There are some I like and some I don't like. I thought it might be nice to get input from out in the interwebs as to which flags other people liked. So begins the First Annual Top Flag Championship.

I've paired off eight sets of flags that have to battle each other for being the prettiest, most creative, or just having that special something over the other in the eyes of our viewers. In the comments section list which of the flags from each pairing you like better. There are no rules other than just choosing one from each set as a favorite - your reason can be your own - good design, memorable, best back story for the flag, etc.

A couple flags with horizontal rows of stars on 'em!

The Confederation of Europe
German victory in the Great War leads to their domination of the European politics.

A couple of variants that involve North America in some way:

Pan-America
A massive area controlling all of the North and South American continents. Cut all contact with the rest of the world during the outbreak of the Great War in 1914.

A couple of red flags with olive branch thingies: 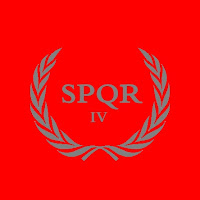 United Nations Battle Flag
The UN has more teeth. It controls its own military branch and uses this variant flag when peaceful means fail!

A pair of flags from the same post-apocalyptic world:

Strumicvar
An independent city-state that survives on the equivalent of South America in a post-apocalyptic world.

A couple of interesting flags:

Sul Alianca
A large state that controls most of South America after the northern hemisphere devastated itself in a 1962 nuclear war.

Flags from a pair of alternate Americas:

United States of America (12 stars/stripes)
The United States forms a bit differently. One of the potential states, Saint Lawrence, declines membership in the new Union. the flag is adjusted accordingly.

A pair of Russian flags from alternate universes:

Russian Federation
In the aftermath of the Chinese and American war Russia finds itself one of the remaining superpowers.

Be sure to vote for your favorite from each pairing in the comments section. I'll be counting votes up to March 24th and posting the results on the 25th.
Posted by Sean at 20:21