Paris 1919. The victorious Allied leaders met to distribute the booty from the Great War. President Wilson arrived to push the principles of his Fourteen Points. But as the negotiations stretched on he abandoned more and more of his ideals and became obsessed with his idea for a League of Nations.

Wilson, Clemenceau, and Lloyd George had numerous discussions of the fate of the Ottoman Empire. The original ideals of self-determination were tossed aside as France and Britain fought over the new borders to be drawn across Asia Minor and the Middle East. Greek military forces were arriving to seize land for Greece, Italy demanded concessions, and America was offered a mandate over Armenia and Constantinople. 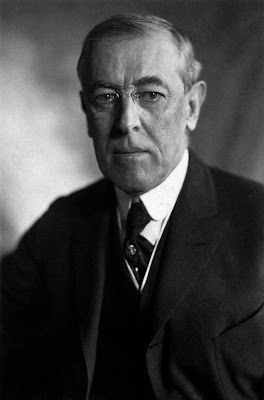 On 18 June 1919 the Allied leaders did something they didn't do for the other Central Power governments, they met with Turkish Prime Minister and his aides. Perhaps it was the general disdain the Allies had for the Ottoman Empire, or perhaps the meeting was just for show. Damad Ferid attempted to make a case for not destroying the Ottoman Empire. While neither Ferid nor his aides heard the discussions of the Allied leaders after they left it was apparent from their demeanor that they felt nothing but contempt for the Prime Minister.

Wilson was quoted as having "never having seen anything more stupid." Clemenceau and George were offended by the appeal.

Güvenҫ Peynírcí was one of the last minute additions to Damat Ferid's group. He had an ulterior motive for going to Paris. Once he realized from the looks his people received from the Allied leaders he knew he much take a more drastic course of action. The next day, 19 June, just before lunch, he managed to get close to President Wilson and fired three shots into the American leader.

Wilson died almost instantly. Peynírcí was captured and would be executed by the end of the year. However his deed was done. Thomas Riley Marshall was now the President of the United States. American outrage at the assassination would lead to a dreadful cycle of violence in the near East and the spread of Bolshevism into Turkey. America accepted the Armenian Mandate as well as governorship of Constantinople.

A Great War sparked by an assassination ended with another.

SOURCES
Some of the background details for this post were inspired by Margaret Macmillan's Paris 1919: Six Months That Changed The World. A brief account of Ferid's meeting with the Allied leaders was given on p.437 of the Random House trade paperback edition of that book. 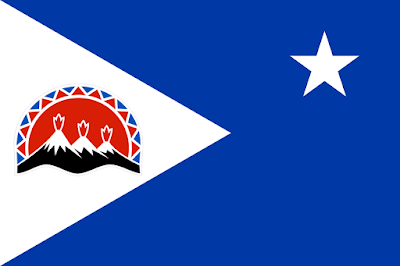 As the Russian Civil War raged across east Europe and north Asia the United States of America sent an expeditionary force to help the White Russians. This force was sent to the Russian Far East and additional troops were sent in a show of strength against the Japanese. However, after regular interactions with Admiral Kolchak it became apparent that the Whites were doomed and the Bolsheviks would win the long, bloody struggle.

After spending lives and resources in a futile conflict it was decided to make the best of things by occupying the population centers of Kamchatka and Chukotka. In 1921 America offered Lenin relief supplies and money in return for the territories. Lenin, seeing the offered items as more useful in the struggle in Europe than in the far off tundra, agreed and sold the land. The Kamchatka-Chukotka Territory was born.

The discovery of gold and other unexploited resources brought immigrants from the US and other areas. Development began to take place. However the Second World War would derail this development.

In spring 1942 Japanese forced landed in Kamchatka-Chukotka and drove the remaining, limited, American forces into the wilderness. The difficulties of reconquest and the larger concerns in the Pacific lead to the territory being effectively abandoned. The United States spent more of its efforts in the Pacific than in Europe in the war as a result. A land invasion of Japan took place in 1944 and the Japanese surrendered in 1946.

The Soviet Union, under Trotsky, invaded and re-annexed Kamchatka and Chukotka in 1945. The United States was powerless to stop them. Soviet forces also occupied all of Germany as well as norther Italy as the European war ended in 1945.

Several thousand American soldiers who survived the Japaneses invasion were captured by the Soviets and few were ever returned home.

For those keeping score at home it's been about six months since my last post. There were a couple of times this summer I planned on posting, but it has been an incredibly busy year for me. Some good stuff happened, some bad, most just stuff. I've been active in numerous groups, I've increased my reading goals, I've been writing short stories, I'm working on a new role-playing campaign, I've been trying to take free online courses at Coursera, and I even placed in a beard competition. Now that my batteries are recharged I want to get back to blogging.

WHAT'S NEXT?
I've finished designing about a dozen new flags with more on the way. For now I'll be posting one every-other week starting tomorrow afternoon. That should keep at least some regular posting going for a little while.

Book Reviews! - I've read a large number of alternate history books, including a few this summer. It's about time I post more that the handful of book reviews that I've managed so far. I still have to write these reviews, but as soon as I do I'll schedule a regular series of them. I'm not the greatest book reviewer; I've spent too much time in recent years reading stories from old pulp magazines, but I know an interesting story when I read one. Hopefully the reviews will be helpful.

New Worlds! - I carry around a journal whenever I can. It is filling up with sketches, timelines, ideas, maps, and other things related to alternate history. It is now time for me to flesh these ideas out and get them out there. I was noticing that many of them involved alternate wars and other violent conflict. I'm trying to finish at least a few up that don't involve wars. War may be the most dramatic way a timeline could change - there are certainly plenty of opportunities, but it is not the only way.

OTHER NEWS
Once I start posting again I'll be sure to have some extra articles written for posting in November. I'm afraid that binge watching The Man in the High Castle over on Amazon will eat into my time.

If you are a fan of alternate history be sure to check out the Patreon campaign for the Alternate History Weekly Update. Unlike me Matt has been posting regular high-quality articles and deserves some extra support.