Book Review - A Gray Tide In the East 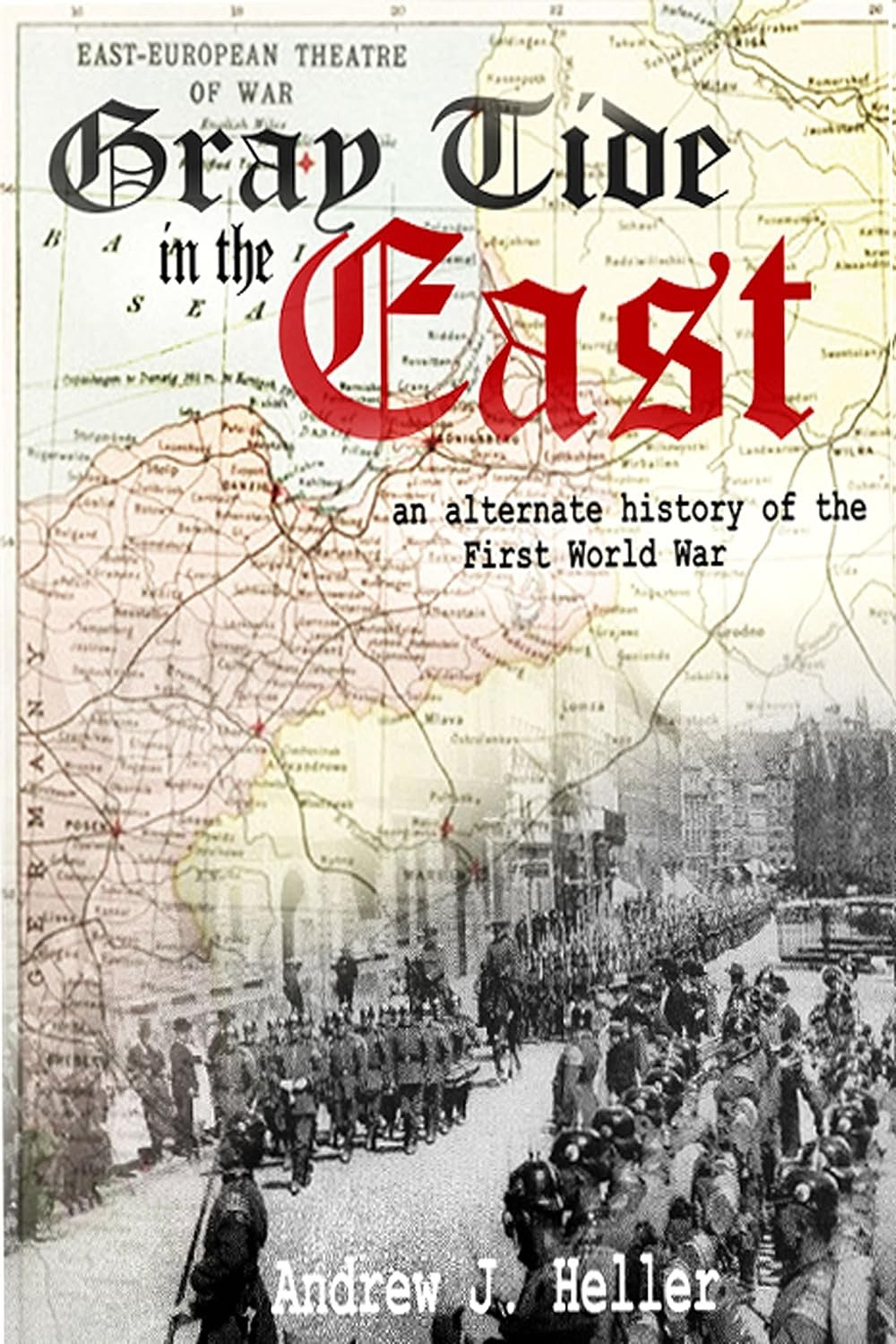 Book by Andrew J. Heller
THE STORY
The Kaiser decides not to appear as the aggressor in the upcoming war. At the last moment he scraps the Schlieffen plan and decides to focus on the Russian Empire first. At that point everything changes. The French come to Russia's aid, but they end up attacking Germany along a short and well fortified border - and they fail to break through.

The story then follows various point of view characters as they reveal and react to the events in this divergent World War. Not too much focus is given to the men in the field, but a good overview of the war is revealed. Not to spoil things too much, but the Germans do extraordinarily well. They still introduce some horrific weapons and make steady progress against the German Empire.

They only real problem I had was with how the Germans caught all the lucky breaks. It seems to me with the changed scenario some French or Russian officer would have pulled a fast one on the Germans and given them some setbacks.

A few minor powers take on different roles than in the OTL. Japan occupies French Indochina supposedly to help the French keep the peace... they end up staying and keeping the colony for themselves.

Rounding out the book are a couple of Afterword essays, Counterfactually Speaking and The War That Was and the War That Was Not. This is a way for the author to give some of his views and reasoning about his work. It includes footnotes and references making it a welcome addition to the book.

THE CHARACTERS
There were numerous characters involved in the story. I won't go into too much detail of them here since none of them were vital to the plot of the story. They all helped give the reader the information on the war itself, none of them were in a position to really change the outcome.

FINAL THOUGHTS
I liked this book. The First World War is on of the areas I like reading alternate and real history about. While it could have used a few set backs for the Germans and an unexpected twist or two it did give me some of what I expect from an alternate history story. While character development is nice, not all stories need such a thing. Sometimes in alternate history the most important character is the new timeline itself.

Overall it was interested, it's relatively short length worked for it - another 200 pages would not have necessarily made the book better without major changes in the way the story was being told. Short and interesting is good, which is reflected in my rating; at the time I was also slugging my way through the last couple of books in Harry Turtledove's War That Came Early series and was getting a little tired of the limited viewpoint and overly long story which A Gray Tide in the East was a nice contrast to at the time.

Finally getting back in the swing of things. Starting off a bit on the silly side with this week's flag; an alternate Belize where things didn't work out so well: 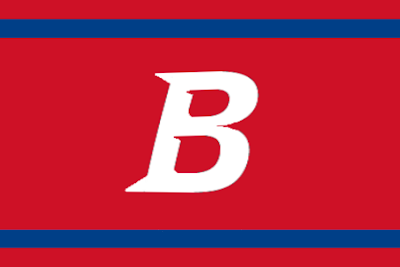 In 1987 the Coca-Cola corporation formed a subsidiary called Coke Belize Enterprises, Ltd. This new entity was responsible for developing the supplies of raw materials for Coke products. It started with a 500,000 acres of land for citrus development. Over the years activities would expand in the small Central American nation.

1990: Coke Belize Enterprises expands operations into sugar production. Large amounts of land are purchased from the state and local farmers. Wages in the country are steadily increasing with the increasing number of jobs on the farms and in construction.

1994: NAFTA gives an incentive to further developments in Belize.

1999: To combat negative press about operation in Belize there are further investments and increased wages of workers. High inflation is now gripping the nation. Corporate influence in national politics gives Coke Belize Enterprises de facto control over the government.

2000: The Caribbean Highway is completed. It allows for easy transport of product to port. Late in the year an agreement is reached with Guatemala to allow them low tariffs to use the highway.

2002: A new national flag is introduced (see image above). It is nearly universally despised. Hyper-inflation, corporate control of their country, and massive immigration is causing long term residents to become increasingly angry.

2004: Rebels begin missions to disrupt and destroy Coke Belize Enterprises operations. The military seems unwilling to combat the rebels. Foreign mercenaries are brought in towards the end of the year to spearhead the counter-insurgency.

2008: Violence begins to increase in Belize as the economy begins to suffer more. It becomes clear to some that central planning for a nation by a corporation is little better than central planning by a communist dictator. Coke Belize Enterprises is attempting to find a way to cut their increasing losses and end the violence. They turn to the United States for help.

2010: After the mid-term elections in the US the President tries to boost his sagging poll numbers by working on a plan to eventually bring Belize into the United States as a new state. When details of this plan are leaked there is general outrage, particularly from the UK. There is also a spike of violence in Belize.

2013: US Troops and counter-terrorism assets arrive in Belize for peacekeeping operations. Operation: No Deposit, No Return begins; it includes drone strikes on insurgency bases in Guatemala. Towards the end of the year a vote his held to determine the fate of the country. With a large number of citizens unable to vote due to 'terrorist ties' and other irregularities, Belize 'chooses' to become a territory of the USA. The territorial flag is changed back to the original flag of Belize.